On Saturday afternoon, I attended an AFLW game. This may sound strange as I have probably attended more than 20 over its short 3-year history. My usual game day consists of arriving at the game four hours before the bounce, and prepping the girls for their game. Making sure that every ankle is taped, every calf has been massaged, or the last little dab of grippo is applied before going down the race. That first game day hug, or the calming pat on the back of one of the girls that is debuting. As a sports trainer I am usually as close as it gets.

On Saturday, I was as far away as I could be, sitting in the back of the old stand at Ikon Park watching a brilliant game of football unfurl. It wasn’t my team, it was my Dad’s team, the Carlton Blues. Watching his nervous energy before the game, the way he has ridden every high and low of these girls’ journeys made me proud to be his daughter. That he didn’t care what gender they were, he was just happy to sing ‘we are the navy blues’ with everyone else.

I sat next to my mum who, like me is a Bulldogs supporter, the team that I have been lucky enough to work at for the past 3 years. She has also ridden the highs and lows with me, and has come to every Bulldogs game she can. She is almighty embarrassing, but she supports me and she supports the girls.

I saw my partner, who also works for Carlton, on the field. I saw him rally around his teammates, women, men, old and young and celebrate with gusto as they made it into their first final. It made me so proud knowing that if we ever have kids, they will know that mum and dad were in some way involved from the very beginning (and that he will still need to teach them how to kick a footy, not me).

Something occurred that day and something stirred in me a feeling I couldn’t quite place until I arrived home that night. I had always felt the magic of AFLW, I felt it in the most palpable sense every week with these girls and every training session we stood on windy Whitten Oval. But I had rarely seen the other side. I hadn’t seen the humble 10 year old girl who came to the game with her dad who sat behind us, and while he cheered loudly and groaned tiredly, she sat, eyes wide open and on the edge of her seat, a Darcy Vescio “3” printed on the back of her Carlton footy jumper. 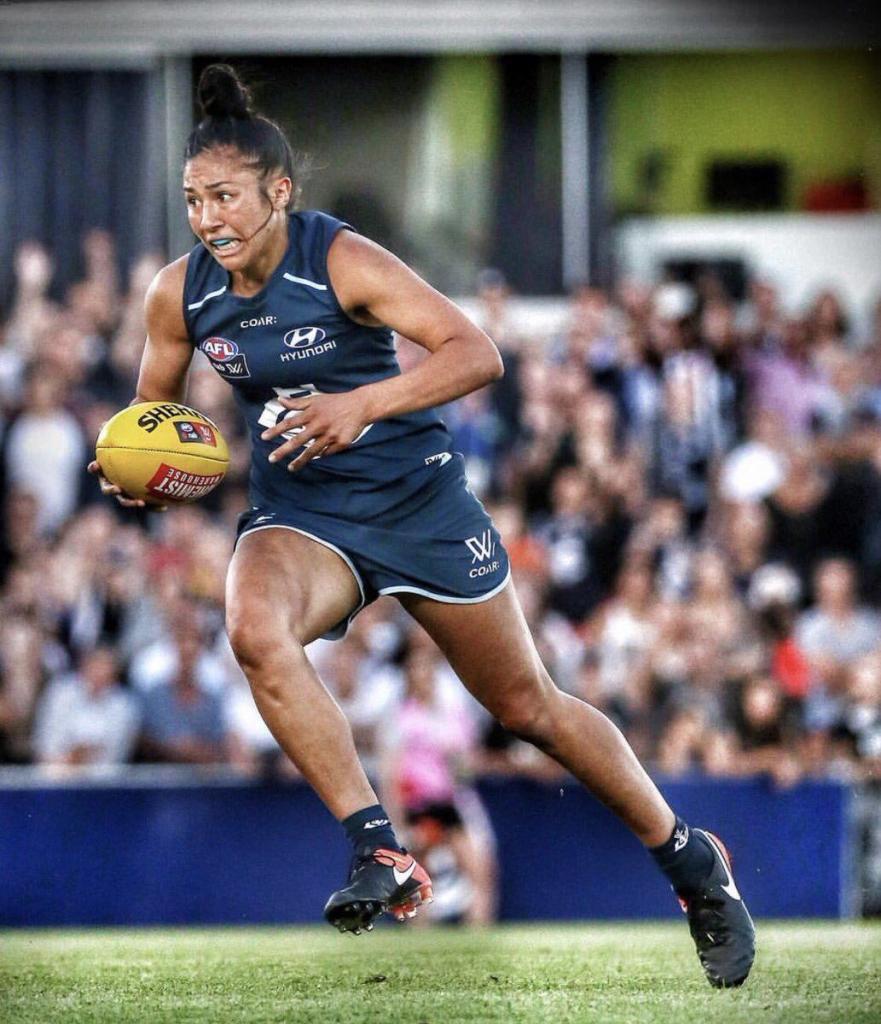 I hadn’t ever seen the young boys that came with their families, poring over the ALFW Footy record and spotting their favourite players. I hadn’t ever seen the three-year-old twins throwing a football to each other, who will never know anything different than the fact that they could play football when they get older. That they would never be told no, they weren’t the right gender to play Australia’s favourite game.