Community means everything to us.

We have collaborated with with a number of local and national organisations and personalities to help raise awareness for the best-practice prevention, treatment and management of musculoskeletal injuries and conditions.

We consider these businesses to be both partners in combat and care, as we work hard to do our part to tackle Australia’s growing musculoskeletal and pain epidemics.

We are excited to chat with like-minded, value-aligned businesses, so please feel free to email hello@upwellhealth.com.au and introduce yourself. 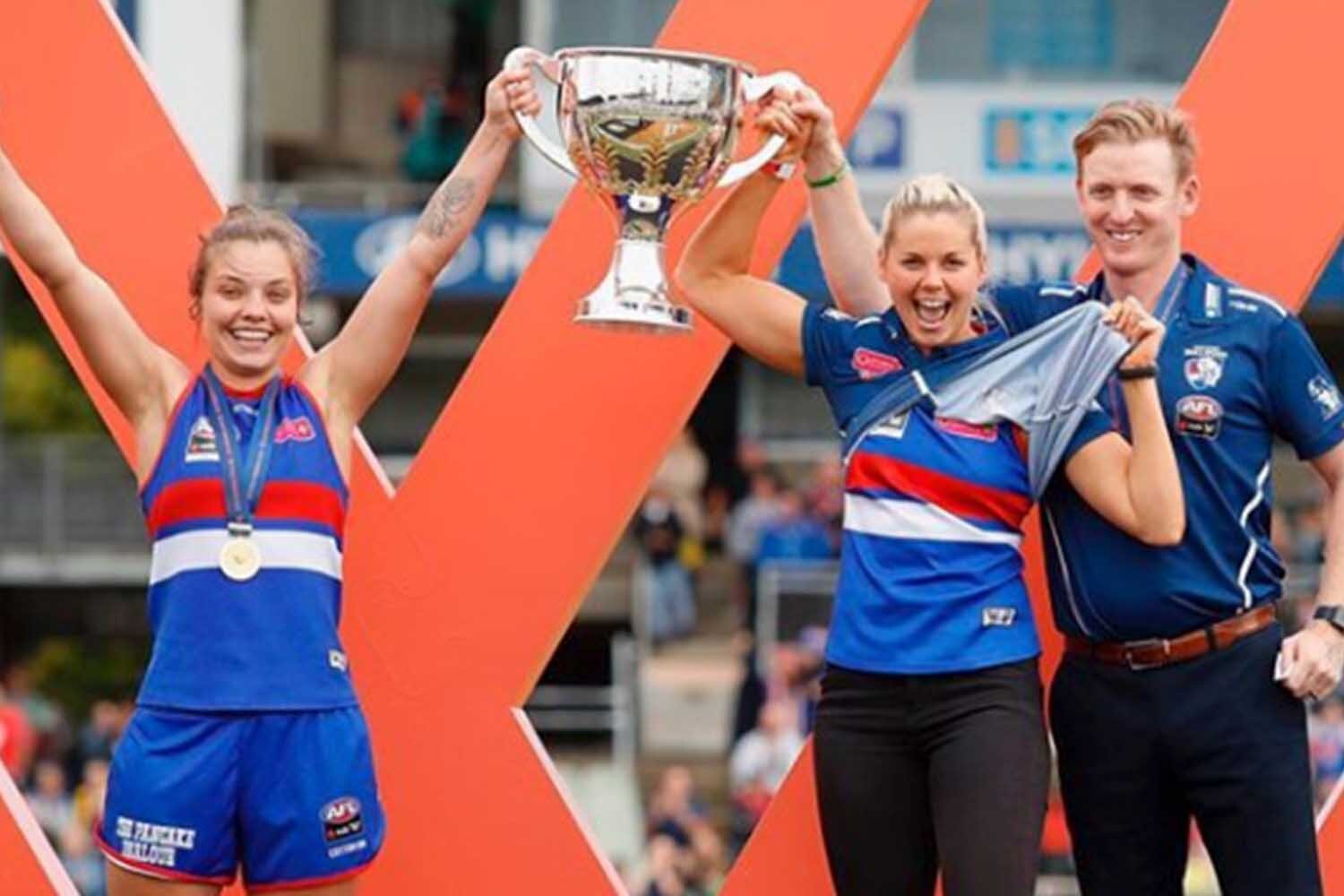 Katie Brennan is an elite athlete and the captain of the Western Bulldogs AFLW team.

She is an athletic, key forward with a fierce work ethic having also started her own training academy for female athletes in Melbourne, KB Performance.

Katie is the consummate professional and is one of the women’s game’s most influential players and highly respected by her peers.

Perhaps most importantly, Katie is someone you definitely want to be around thanks to her stunning personality and deep respect and consideration for other living beings.

We love having her as part of our family.

Katie visits Upwell weekly for her post game and training rehabilitation and general zen out, working closely with Hannah Drysdale for pilates and physiotherapy, Tara Blair for massage, Pat O’Connell  for Podiatry and Lydia Richards for yoga. 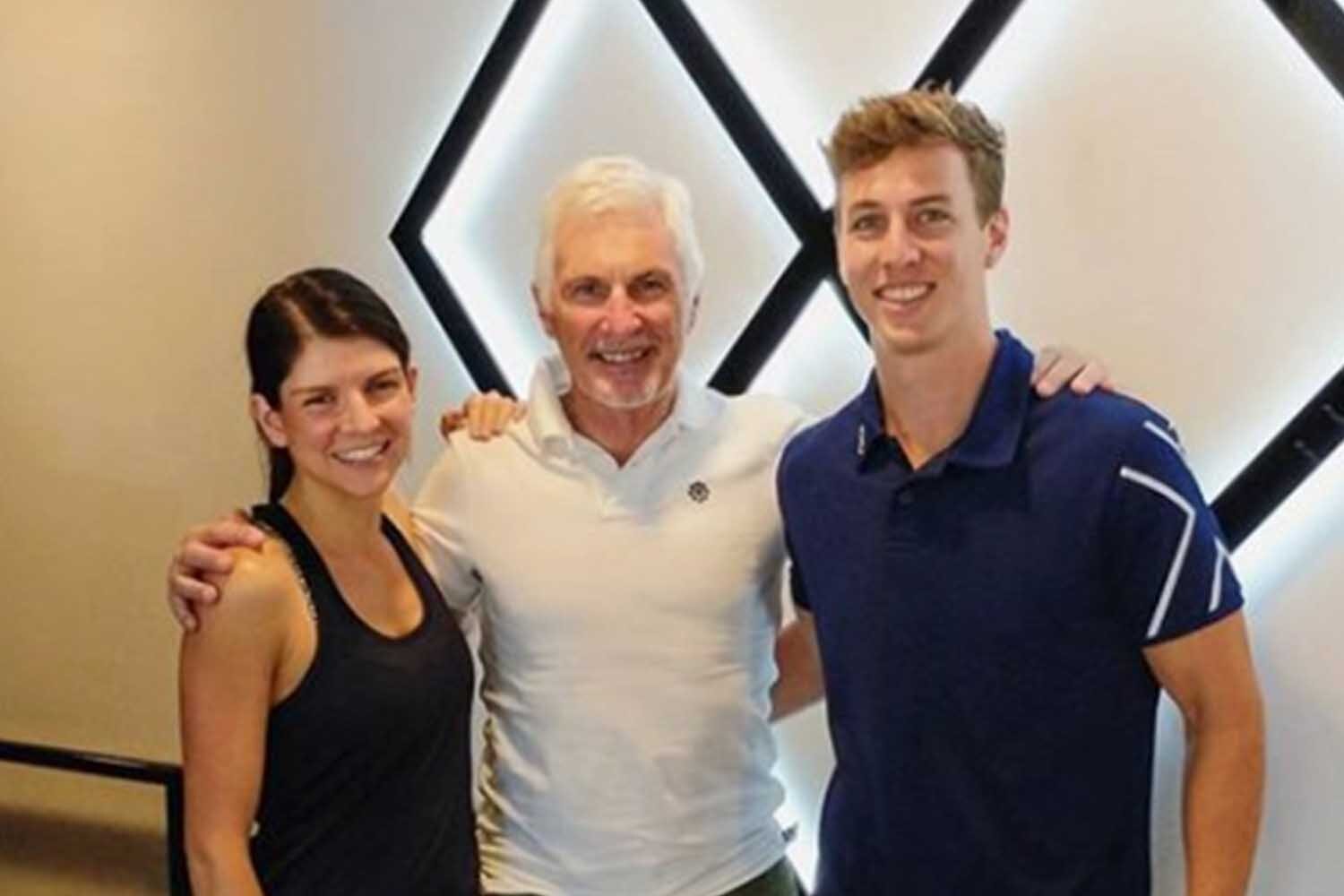 Mick has the most games coached at AFL/VFL level under his belt. He was the second longest serving coach of the Collingwood FC and in 2010 won the AFLCA Coach of the Year award having led his team to win the Premiership that year.

During his near decade-long reign over the West Coast Eagles, Mick coached the side to take out two Premierships, in 1992 and then again in 1994 making him the most successful coach in the history of the club.

Mick himself was a premiership player in 1980 with Richmond FC and also played for St Kilda FC to a total of 174 games.

Extremely health focused, Mick remains very active and has a true appreciation for the power of movement and conservative treatments of pain, injury and illness and for that reason he so genuinely aligned with the Upwell ethos.

Mick visits Upwell weekly to maintain his physical wellbeing and is cared for by Matthew Stanlake for physiotherapy, Pat O’Connell for podiatry and Tara Blair for massage. 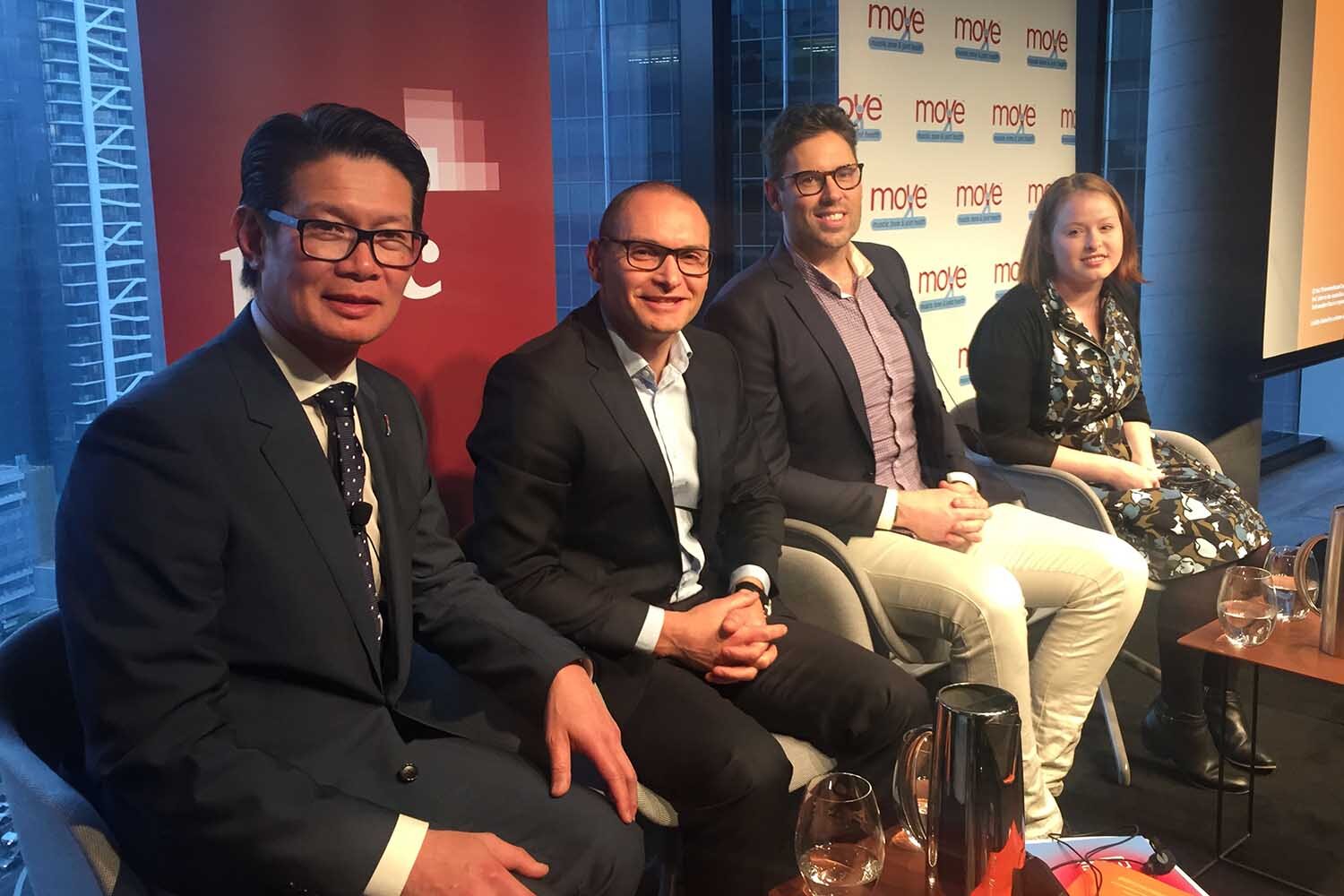 Upwell was pleased to partner with MOVE (formerly Arthritis Victoria) for the launch of their most recent research relating to the prevalence of musculoskeletal conditions in Australia and what can be done to improve them.

Everybody Move, published by MOVE in partnership with Price Waterhouse Cooper, found changing approaches to treatment and care could save hundreds of millions of dollars on healthcare and improve patient outcomes, increase awareness and productivity of consumers.

Our Founder and Managing Director Matt Stanlake was invited to speak at the event regarding his own personal plight and management of multiple musculoskeletal conditions. 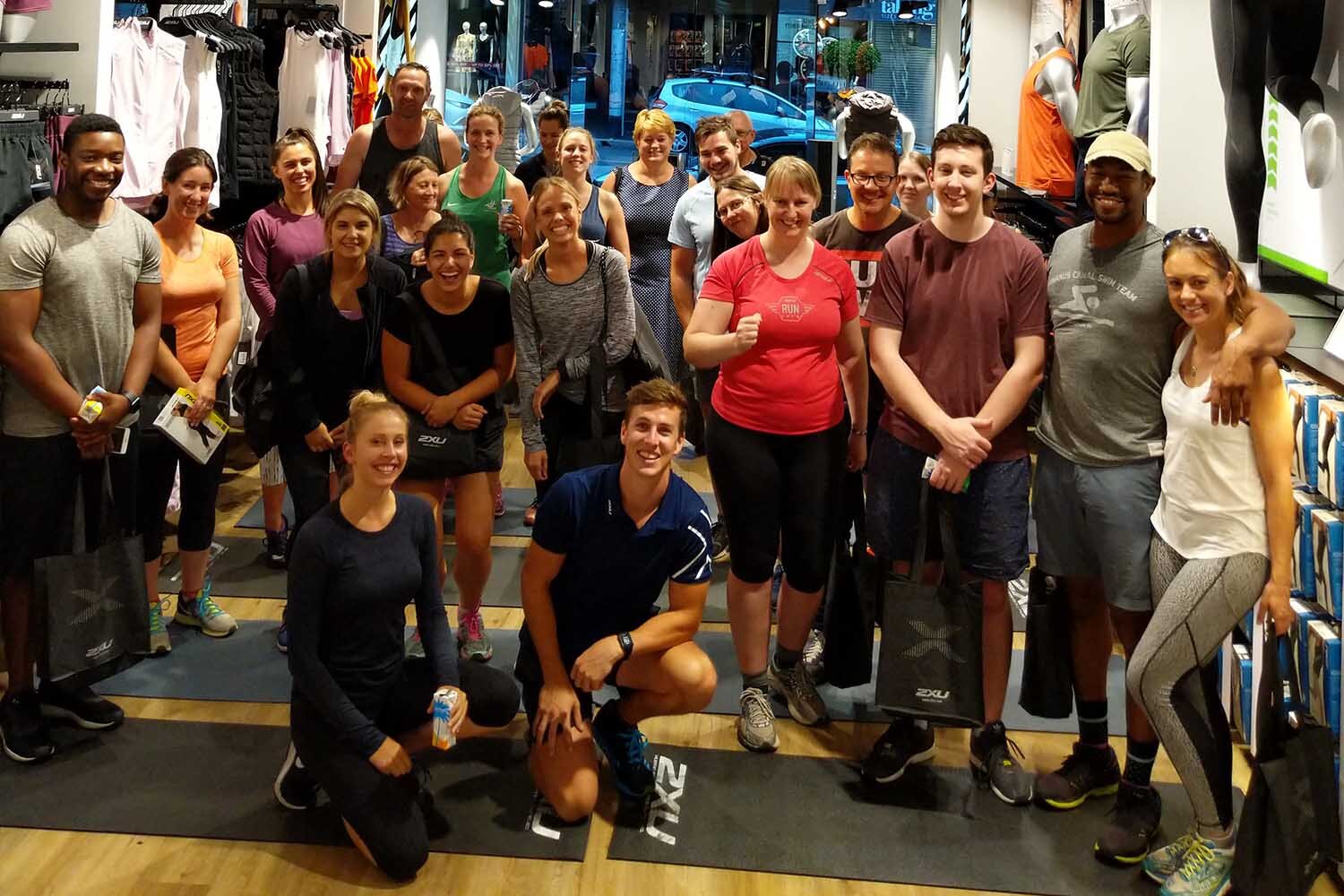 Upwell is proud to partner with 2XU Camberwell, to present regular free community events aimed at raising awareness for the prevention and treatment of musculoskeletal conditions and injuries within the community. 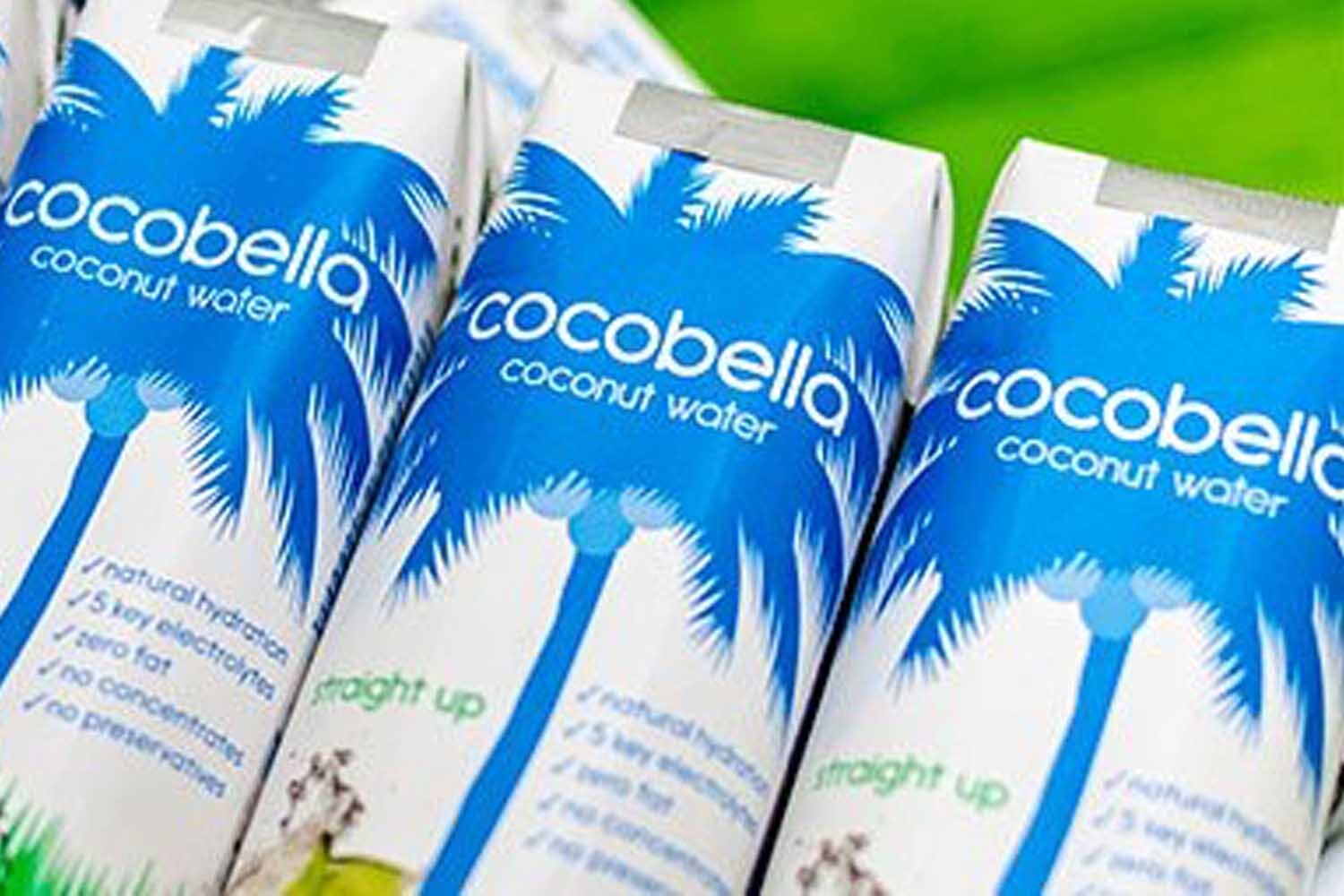 Launched from scratch in 2005, Made has a vertically integrated business (sound familiar?!) with a focus on “home grown innovation”.

The team at Made is extremely supportive of our vision to provide and enhanced patient experience.

Made’s ongoing support means that we can continue to provide our patients with a tasty, healthy, refreshing, rehydrating beverage each time they visit us – helping them to heal inside and out. 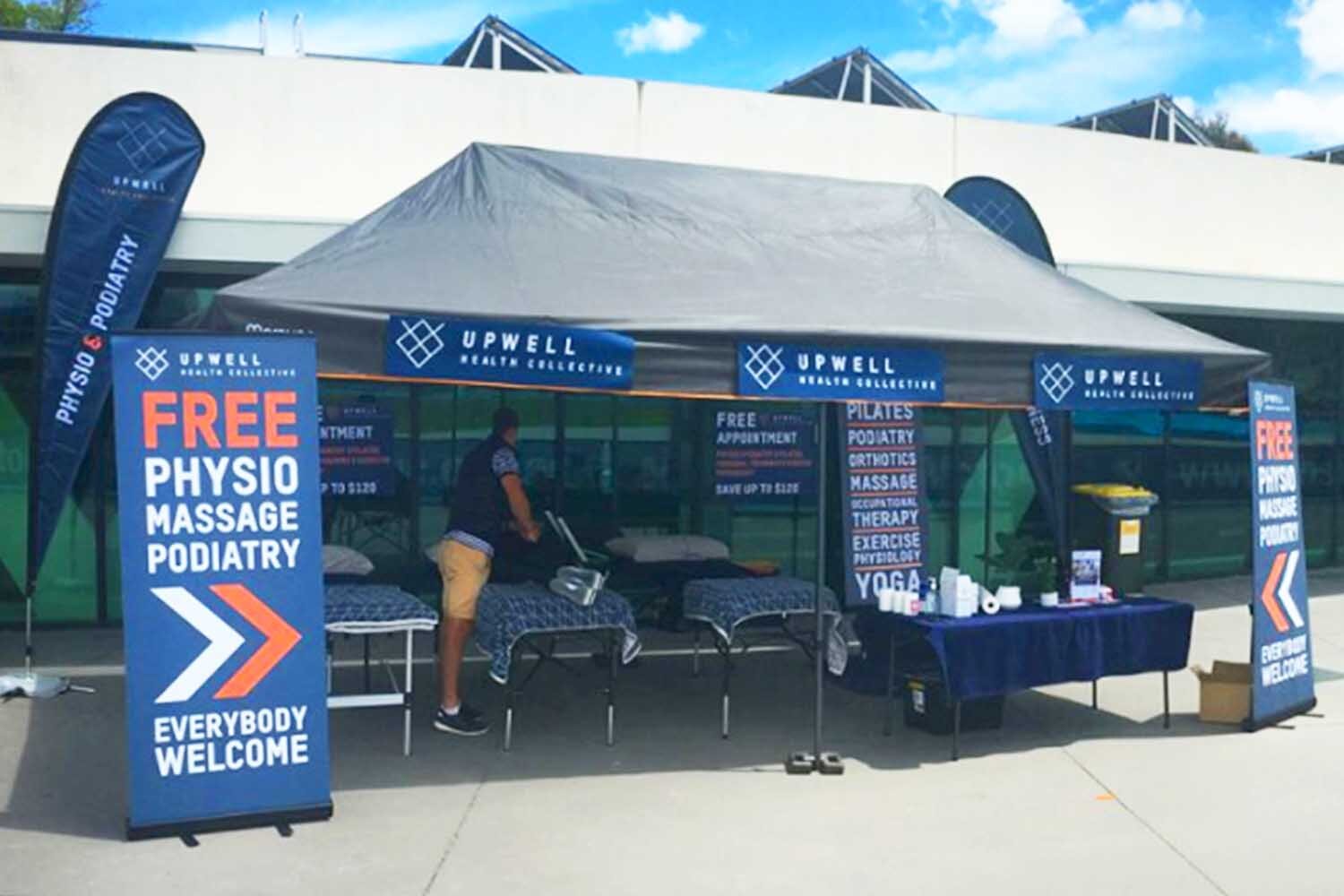 We were proud to partner with Athletics Victoria in 2017 to provide athlete support health services at their State Championships event. We also delivered for AV a presentation and class to their Talent Target Program athletes on the benefits of yoga to an athlete’s training regime. 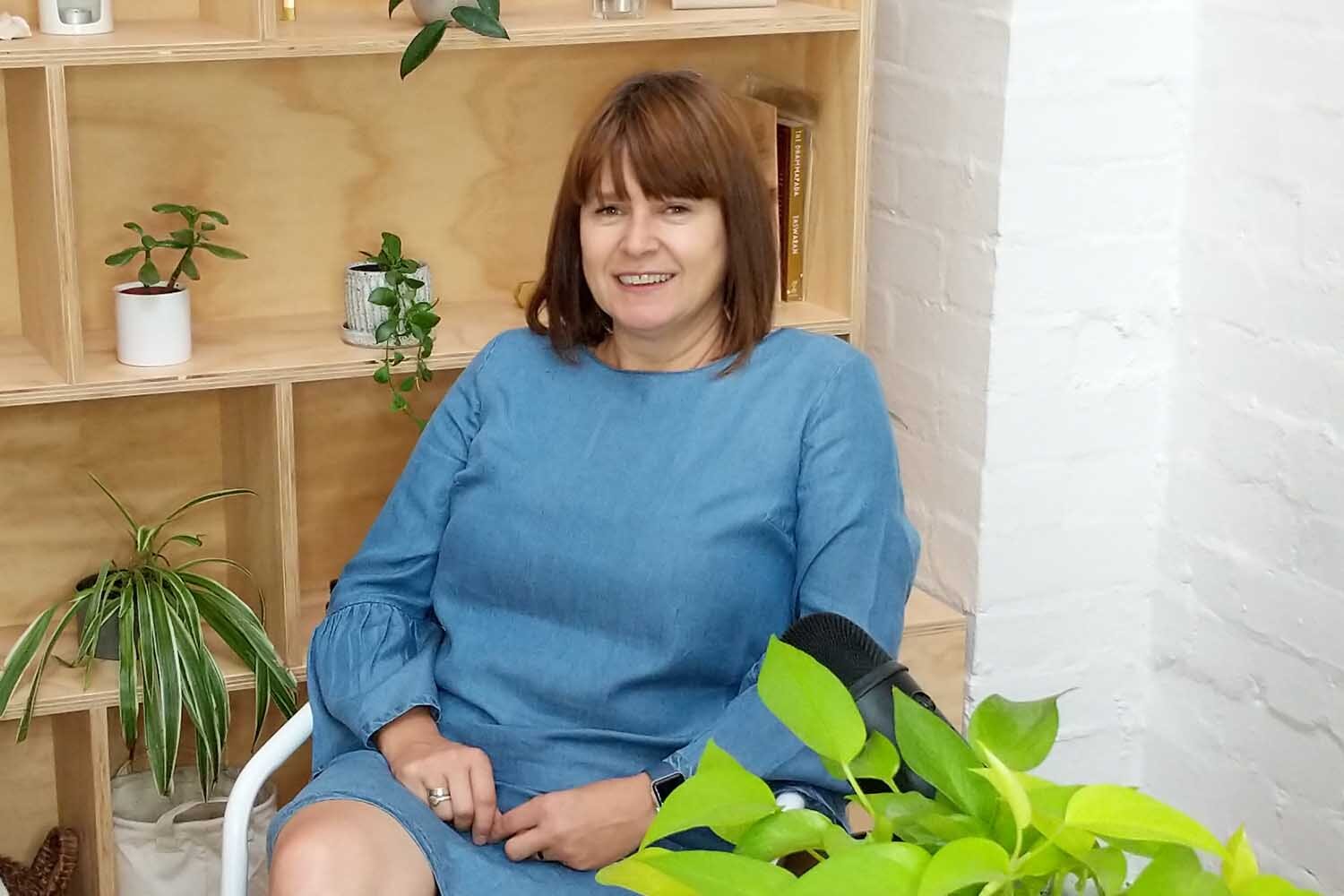 The Mind Room is an integrated multi-disciplinary psychology community in Collingwood, dedicated to sharing psychological knowledge and tools to empower individuals and communities to not just survive, but thrive.

Like Upwell, Co-founders Jo and Michael believe in the power of providing their community and relaxing and welcoming place to heal, and really invest in the patient experience to ensure their patients have every opportunity to do so. 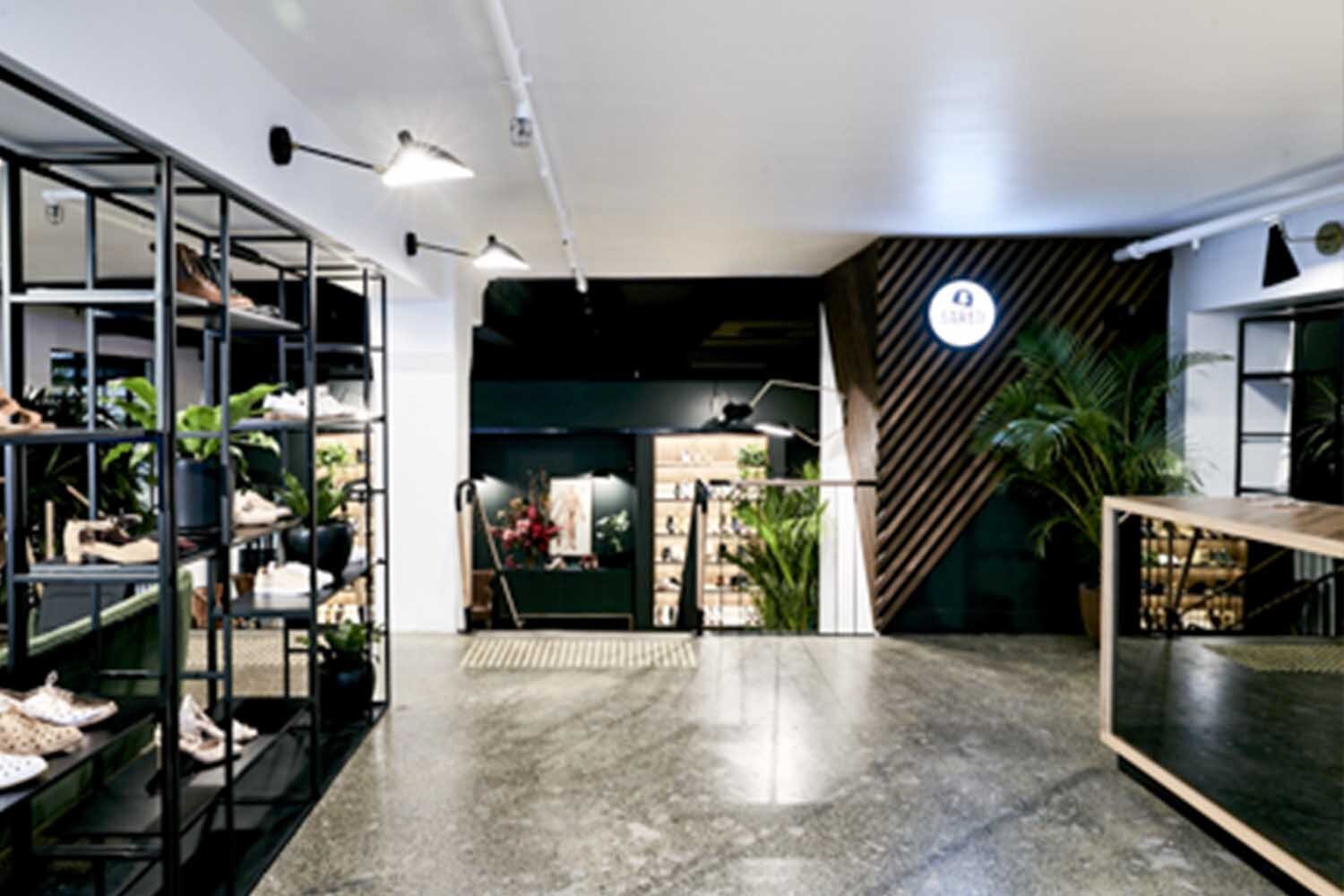 We love a daring entrepreneur at Upwell, which is exactly how this incredible shoe company came to be.

Melbourne podiatrist turned shoe designer, Anna Baird, created Bared after realising there weren’t any shoes on the market she could recommend as a podiatrist, that she would actually want to wear herself.

We’re delighted that Upwell patients can access a voucher in-centre which entitles them to 10% off any Bared product. 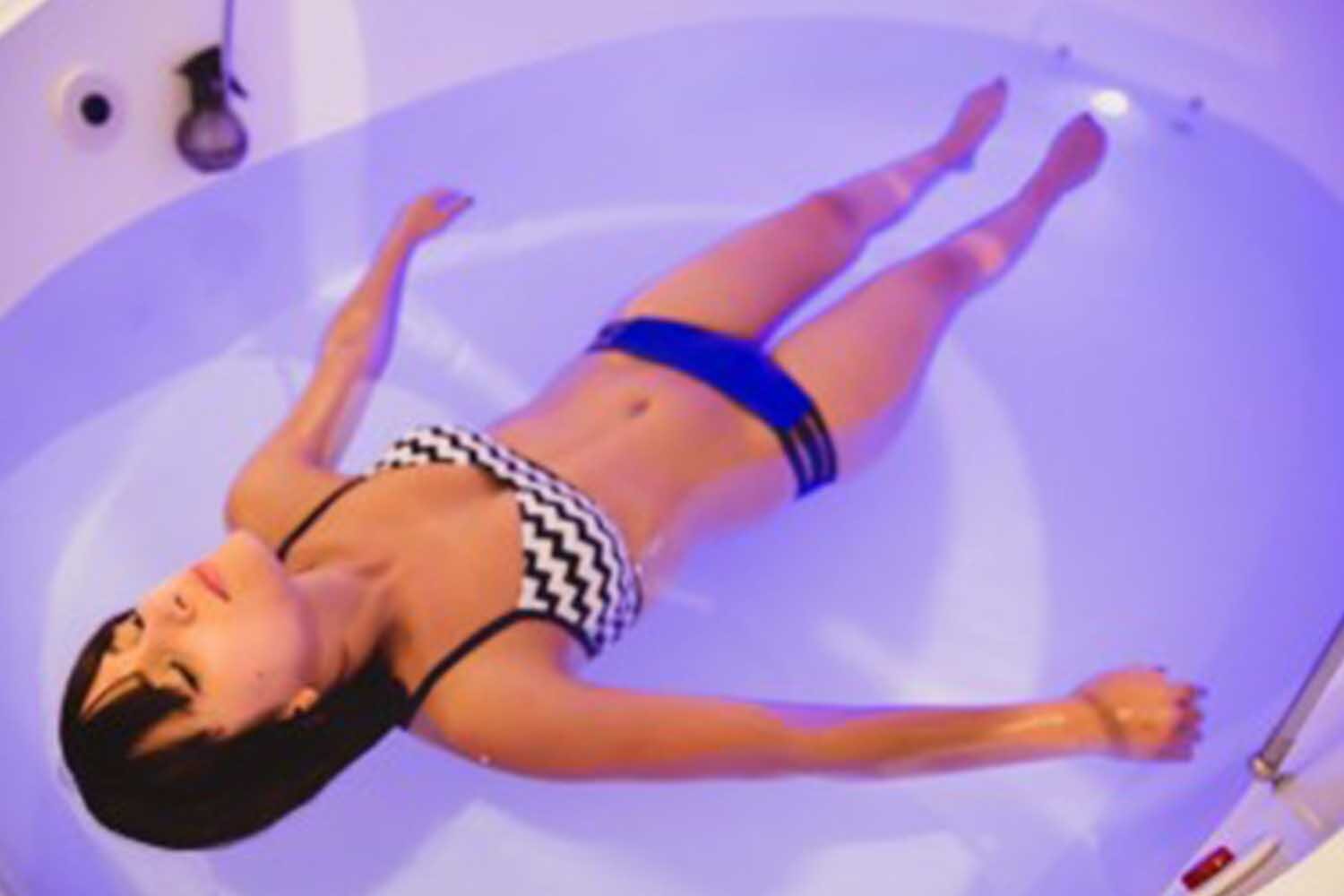 At Upwell, we believe that moving your body to calm side can promote faster and better healing.

A float in a sensory deprivation tank can help calm the body and the mind and the 600kg of magnesium sulphate in the water (which helps you to float) also works wonders on a tired and aching body!

That’s why we’ve teamed up with Elevation Floatation just down the road in Camberwell to offer Upwell patients access a voucher in-centre which entitles them to $10 off a float. 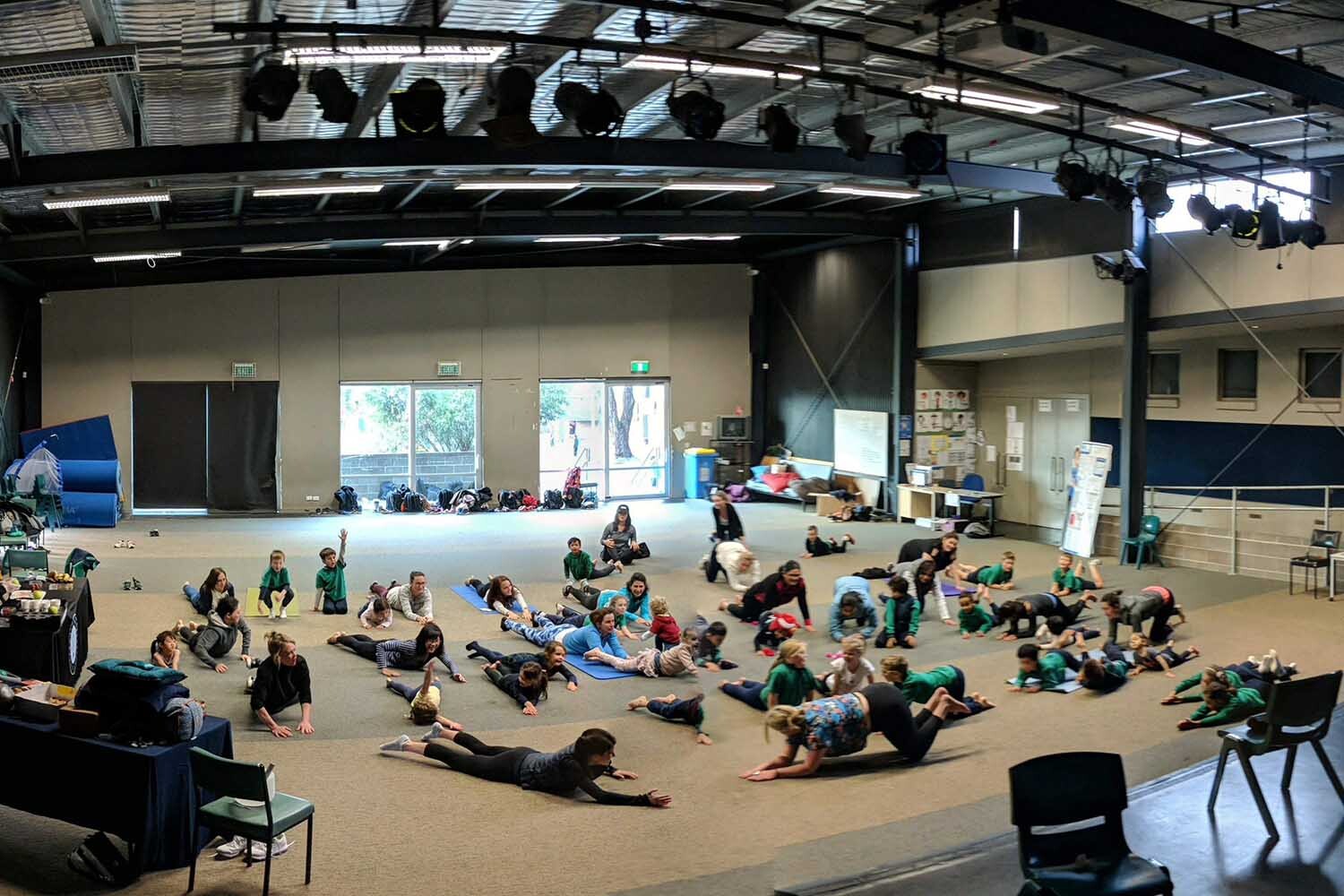 We have been a proud sponsor of Auburn Primary School since our inception, supporting their Winter Ball in 2017 and Mother’s Day celebrations in 2018 with a yoga class for students and parents. 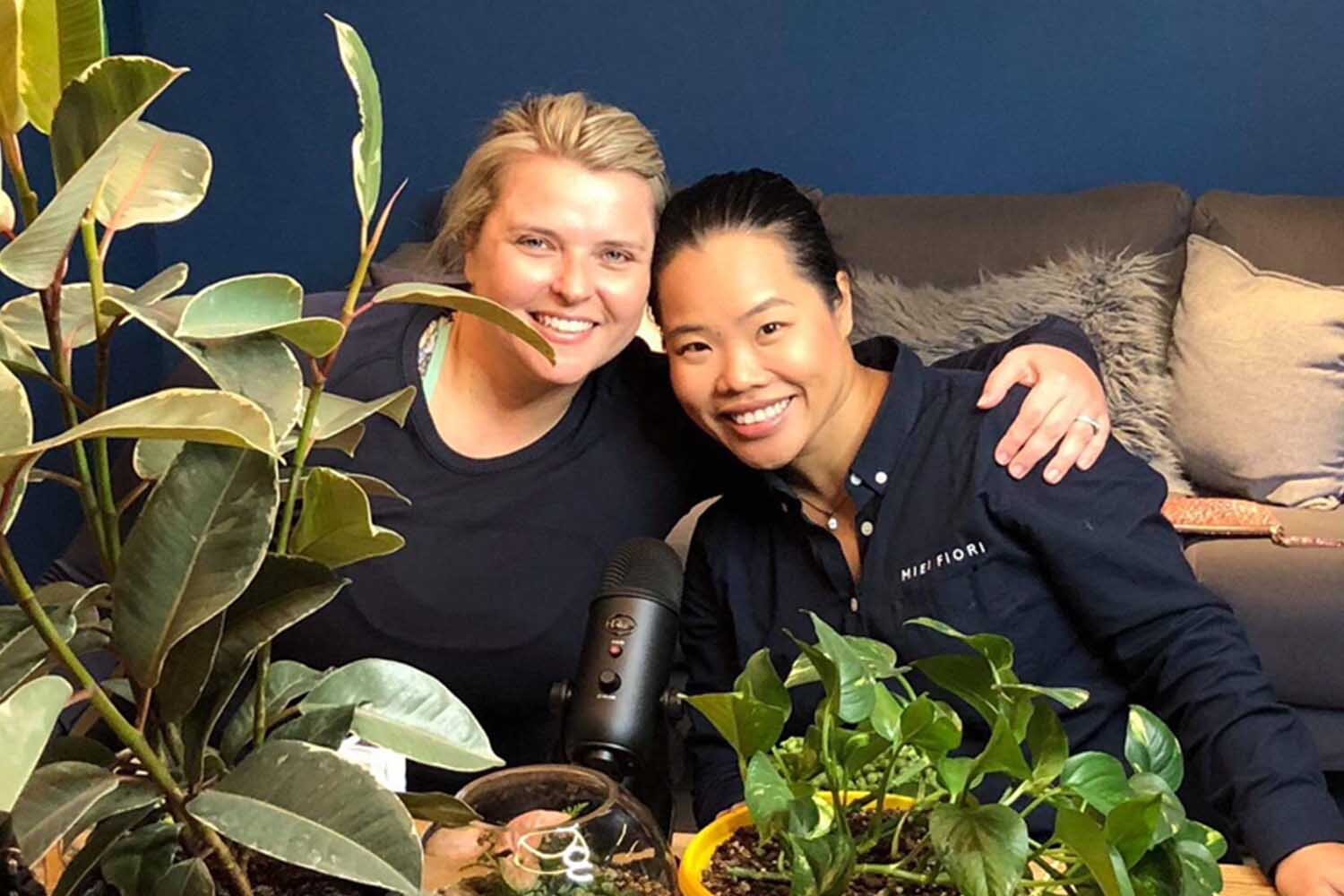 From the moment we met her, we just LOVED Lyly Greca from Melbourne flower and gift company, Miei Fiori.

Lyly has flipped the flower industry on its head with her unique business model which sees 100% of her company profits donated to a chosen Australian charity. Miei Fiori also believes in zero waste and truth and transparency publishing her company’s price model for all to see.

We work with Lyly and her team in the provision of patient and clients gifts as required – which is all part of our commitment to deliver an outstanding patient experience.

Watch our interview with Lyly here> 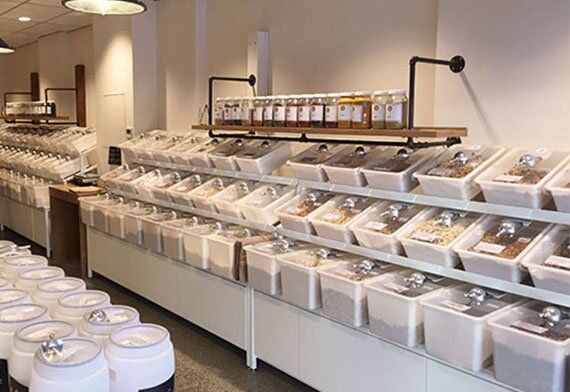 All we can say is yum, yum! We are so in love with the team at Source Bulk Foods which is our first stop for yummy team snacks! And we are so delighted to be able to offer Upwell patients a voucher in-centre which entitles them to 10% off purchases in-store. 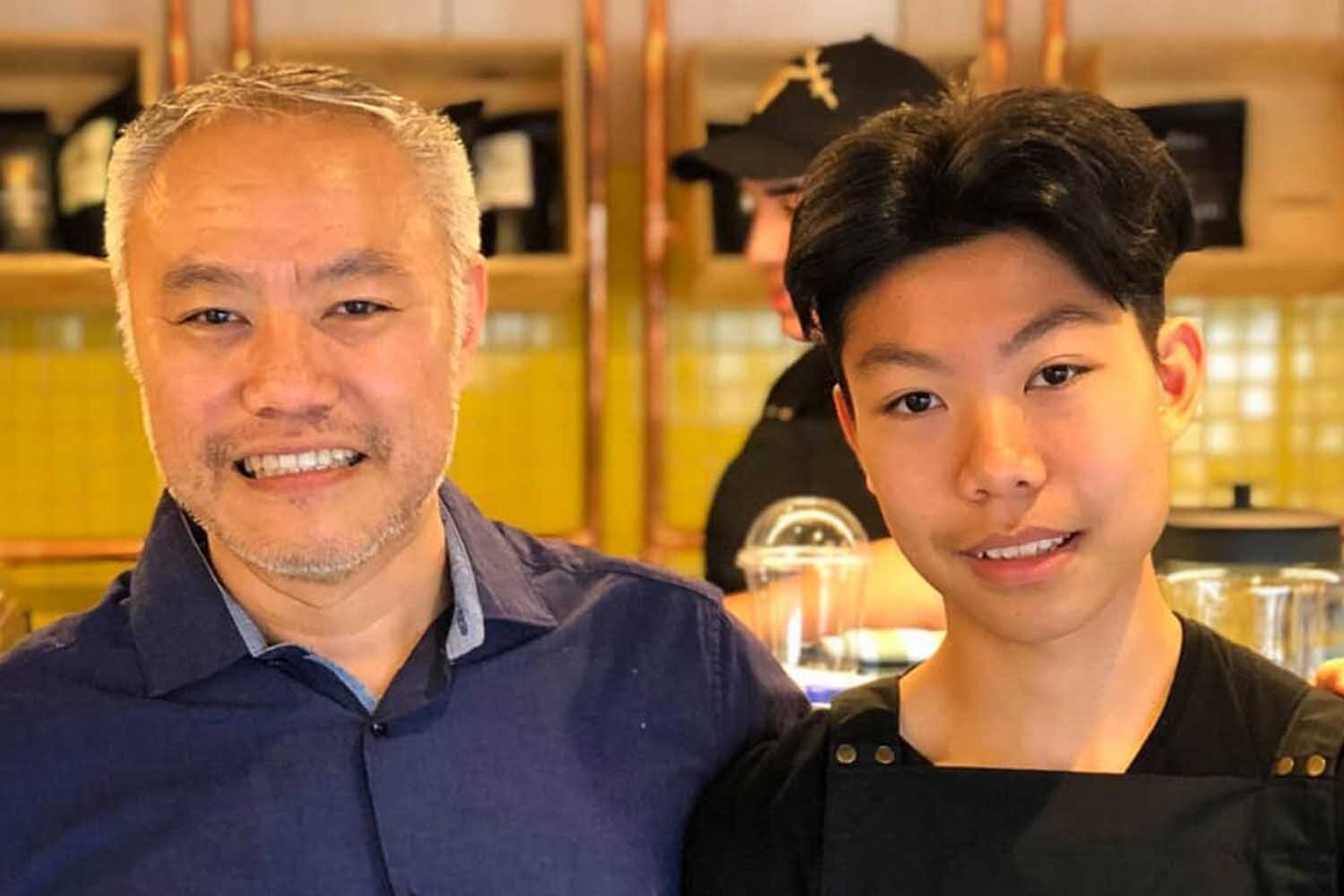 At Upwell, we love a company with a WHY and we are so proud of our neighbours Wellzones GF.

Owners Ivan and Liwe created their gluten free artisan bakery for their son Marcus (pictured here with Ivan) who is a severe celiac. Ivan and Liwe found it really hard to find delicious food and sweets for Marcus to enjoy – so they made their own! And now they’re sharing it with the rest of Melbourne.

Upwell patients can access a voucher in-centre which entitles them to 10% off food and drinks at Wellzones. 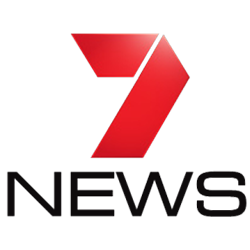 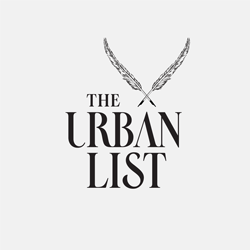 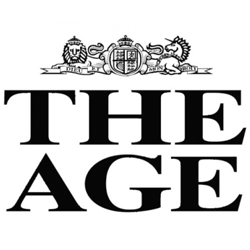 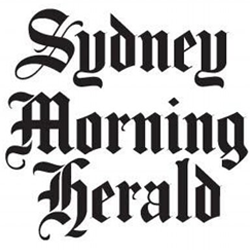 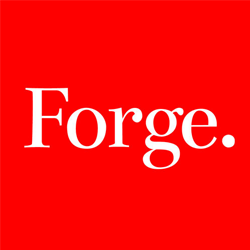 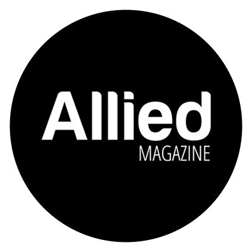 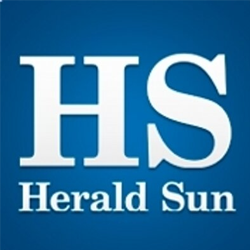